Taking The Risk Out Of Last Minute Gifts

For economists, gift giving is perplexing phenomenon because it often results in what is known as a “deadweight loss.” This happens when the value of a gift to its recipient is less than the actual cost of the gift to the buyer.  Nearly everyone has experienced this. Just think of that forced a smile you brandished the last time you unwrapped say, a colorful holiday-themed turtleneck sweater or a Duck Dynasty Chia Pet.  In economics, this represents inefficiency because resources are wasted and equilibrium is not reached.

In fact, many economists would argue that cash would be the most efficient gift, but for many of us receiving cash or even a gift card on Christmas morning has its own shortcomings, because it indicates that the gift giver didn’t really take the time or effort to actually choose a personalized gift.

Ted Talk star and Duke University behavioral psychologist Dan Ariely has a different attitude toward gifts than traditional economists. “They are actually amazing because gifts can create happiness on both sides, creating a social bond that is hard to replicate,” says Ariely.  The problem he says is people’s risk aversion. Most gift givers don’t really know exactly what recipients want or need, and when it comes to apparel they often don’t know the appropriate size or color.  “What we found in the studies is that people end up not taking risks. So they wind up buying things like wine and chocolates and flowers, which don’t give the other side a lot of value. ” 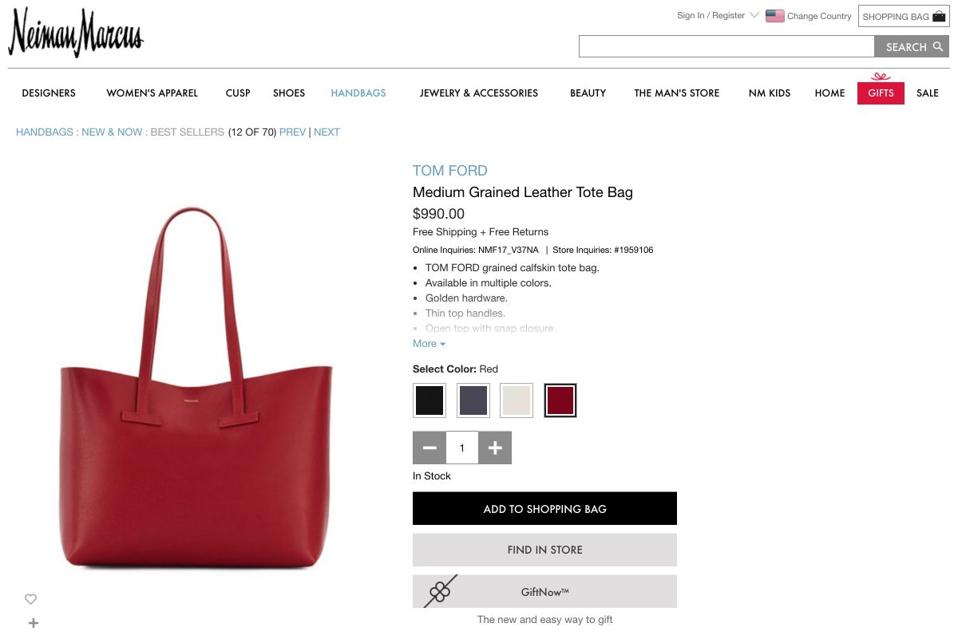 That’s great for flower shops and wine merchants, but it creates a huge amount of inefficiency for traditional retailers and their customers, in terms of lost sales and merchandise returns.  A new fintech and e-retailing company based in Silicon Valley, that Ariely is advising, called Loop Commerce aims to fix this big problem. It’s funded with $30 million from backers including Paypal and a laundry list of top retailing executives and financiers, ranging from Audible founder Don Katz to Bluefly founder and Brooks Brother executive Ken Seiff.

Put simply, Loop’s e-gifting application takes much of the risk out of online gift giving because the only piece of information necessary to send a “more thoughtful” online gift, within minutes, is a person’s email address.   Loop’s application, allows you to select an item from a retailer’s website without necessarily choosing the size, color or even knowing the shipping address, and pay for it. For retailers, those important details go into what is called an “sku” or stock keeping unit, which is critical for completing a transaction.  Loop’s technology gets around this. Using its system, the gift you choose online will be digitally wrapped and delivered to your recipient’s inbox with a warm message from you. Upon opening the email containing the gift, the receiver can then fill in the pertinent details like shipping address and size or simply exchange the gift for something else of similar value.  Currently, Loop’s E-gifting tool is being used by major retailers and brands like Macy’s, Neiman Marcus, Bergdorf Goodman, Saks, Coach and Ralph Lauren. At Nieman, for example, a small “GiftNow” button connects you to Loop’s tool. On Macy’s website, it says “E-Gift This Item.”

Loop is the brainchild of two Israeli entrepreneurs Roy Erez and his CTO Alex Sirota, both with extensive digital experience and connections. Erez, 41, cut his teeth as a seed stage venture capitalist at Israel’s Cedar Fund and has held several senior management positions in the area of mobile commerce since graduating from Columbia Business School. His partner is a refugee from Yahoo, having led Yahoo Music after selling a company he co-founded, FoxyTunes, to Yahoo in 2008 for $40 million.

According to Erez, online gifting is a giant opportunity for traditional brick and mortar retailers, which have mostly been fighting to keep pace with digital phenoms like Amazon, Wayfair and Warby Parker.

“The value to retailers is huge. We estimate that the gifting market is anywhere from $200 to $300 billion in sales per year,” says Erez, who notes that Loop’s platform works behind the scenes, integrated into retailer’s websites. Loop has also found that 40% of gifts are actually purchased on the day of the occasion or the day before.